After I had the super hero theme figured out I started flipping through a pile of old animal encyclopedias I've been collecting (I’m a sucker for vintage photographs). I wanted to make brooches with animal characters and after playing around with different ideas I decided I wanted my dynamic duo of daredevils to be a lioness and a bat boy. 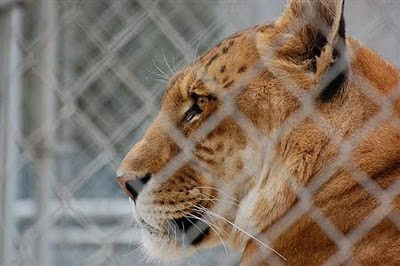 A male liger in California. Picture via Ligerworld.
I thought it would be fun to create background stories for the characters, so I started researching stuff about lions and bats. It was then when I first stumbled upon an article about ligers. Truth to be told, I didn’t know such creatures even existed, but apparently they do. According to Wikipedia, a liger (Finnish: liikeri) is a hybrid between a male lion and a tigress. Since lions and tigers habitat don’t overlap in the wild, they only exist in captivity. Liger is said to be the largest cat animal in the world and besides males, also female ligers may attain great size, weighing approximately 320 kg (705 lb) and reaching 3.05 m (10 ft) long on average. 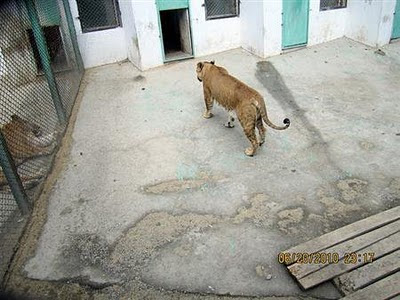 Male and  female ligers in ’a zoo’ in Habir, China. Picture via Ligerworld. 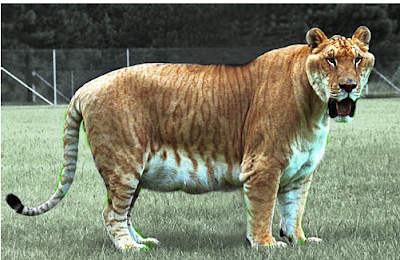 Somebody rubbed this pussycat the wrong way. Picture via Dailymail.co.uk
After learning all this about ligers I of course wanted my heroine to be a similar kind of hybrid. The fact that ligers only exist in captivity and that in some places lions and tigresses are intentionally breed by civilians to produce puppies for sale, made me come up with the background story. 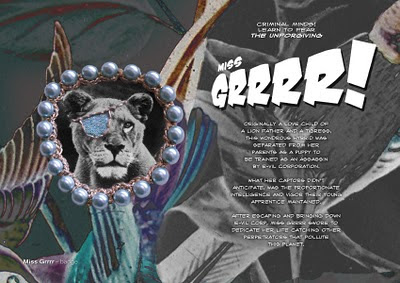 I pictured the dispute where she lost her eye being something similar as the final showdown between Elle Driver and the Bride in Kill Bill 2...

After ligers, it was time to turn to the world of bats. I was surprised to learn that there are about 1,240 bat species worldwide. Most of eat insects and fruits and perform vital ecological roles such as as pollinating flowers and dispersing fruit seeds. To my knowledge, only three species out of the 1,240 feed themselves with blood, so the association of bats being vampire-like, blood thirsty creatures is overly exaggerated.

Out of all the species I find flying-foxes especially endearing. With their foxlike snouts and big eyes I wouldn't mind a fellow like that hanging from my attic roof. Unfortunately, we don't have them here in Finland since they mainly exist in warmer climates. I found this National Geographic Mission Programs video about the orphan bat pups in Tolga Bat Hospital in northern Queensland, Australia. Check it out, it's almost too cute...


Watching this video, I could so see my little hero bat hanging from orphanage's roof, eating apples and bickering with the other pups, planning future mischiefs. I imagined that after growing up flying around the world he could've met Miss Grrrr somewhere in Tokyo. Grrrr managed to safe him from a bunch of sanguinary bodyguards of a retired yakuza, whose car our alated misfit was trying to steal. After this, Moonbat refuse to leave Miss Grrrr before returning the favor and ever since they've been inseparable. 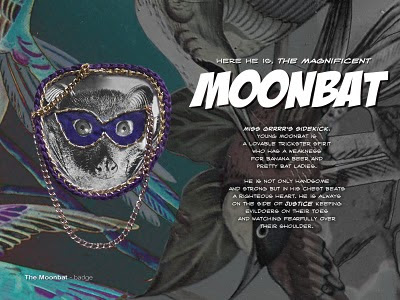 That's all folks, you can view the whole Vigilantes vol. 1 collection here. Needless to say there's going to be sequels to this saga, so stay tuned.


Ps. In case you were wondering, and I'm sure you were, Moonbat's last name is Flittermouse. ;)
Miss Grrrr -brooches are available in my Etsy store. More Moonbats joining them soon!